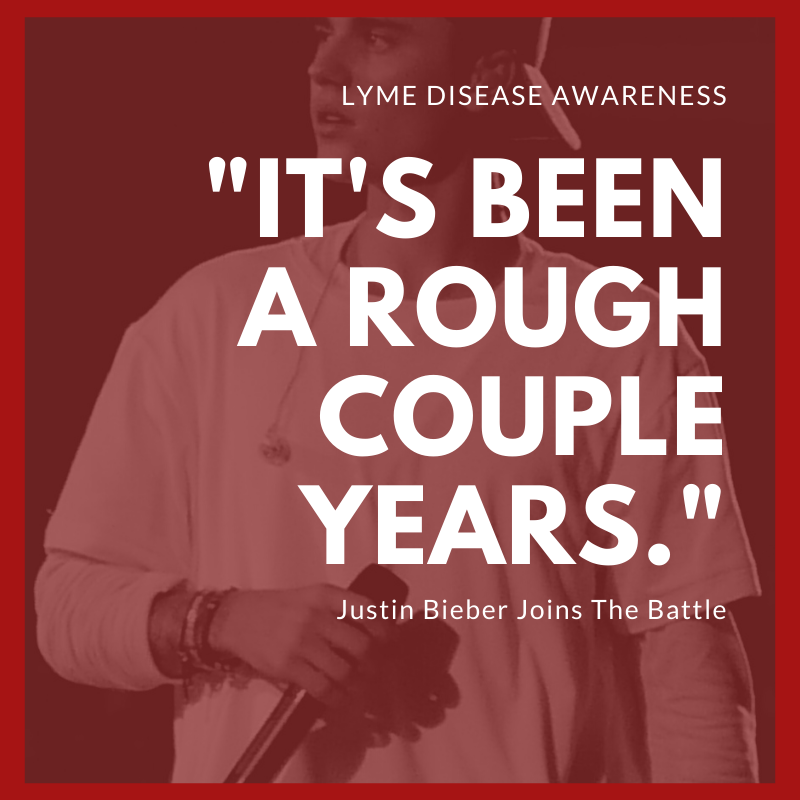 For the Lyme community, a celebrity diagnosis can spark much-needed interest and discussion. Any increase in public awareness is enormously encouraging and might trickle down into a little compassion for the countless “ordinary” people quietly battling Lyme disease every day. 25 year old singer, Justin Bieber, publicity announced yesterday that he is now battling Lyme himself.

Lyme disease symptoms can include:

“The CDC estimates there are more than 300,000 cases of Lyme infection in the U.S. each year – which is roughly 10 times as many as what is reported. That group of undiagnosed Lyme Disease victims can suffer for years with the disease. You or someone you care about could be one of those victims.“

Those are some shocking statistics. It seems strange that something as seemingly innocuous as a tick, often close in size to a pinhead, could damage someone’s health. Ticks can be very difficult to notice if not actively looking for them. In addition to being quite small, ticks can also secrete saliva with anesthetic properties, numbing the area where the tick is feeding and preventing the host from feeling that the tick has attached itself.

“It’s been a rough couple years but getting the right treatment that will help treat this so far incurable disease and I will be back and better than ever NO CAP,” Justin Bieber stated after going public with his life altering diagnoses. However, the battle with Lyme isn’t just internal, it’s also environmental.

In addition to fighting off the infection, Lyme compromised patients make them more susceptible to other exposures such as mold. Mold exposure can prevent and neutralize the benefit of the Lyme treatment protocols.

It is important to understand that mold is only part of the problem. If the immune system is weakened by the Lyme infections, individuals are more susceptible to fungal overgrowth in the body. People will also be more affected by mold in the environment. Symptoms can mimic Lyme, and Lyme can mimic mold illness.

When diagnosed with any Lyme, other tick borne illness or immunocompromising disorders it is important to have the home inspected and tested to verify it is a safe haven for healing.

Justin Bieber and His Battle With Lyme