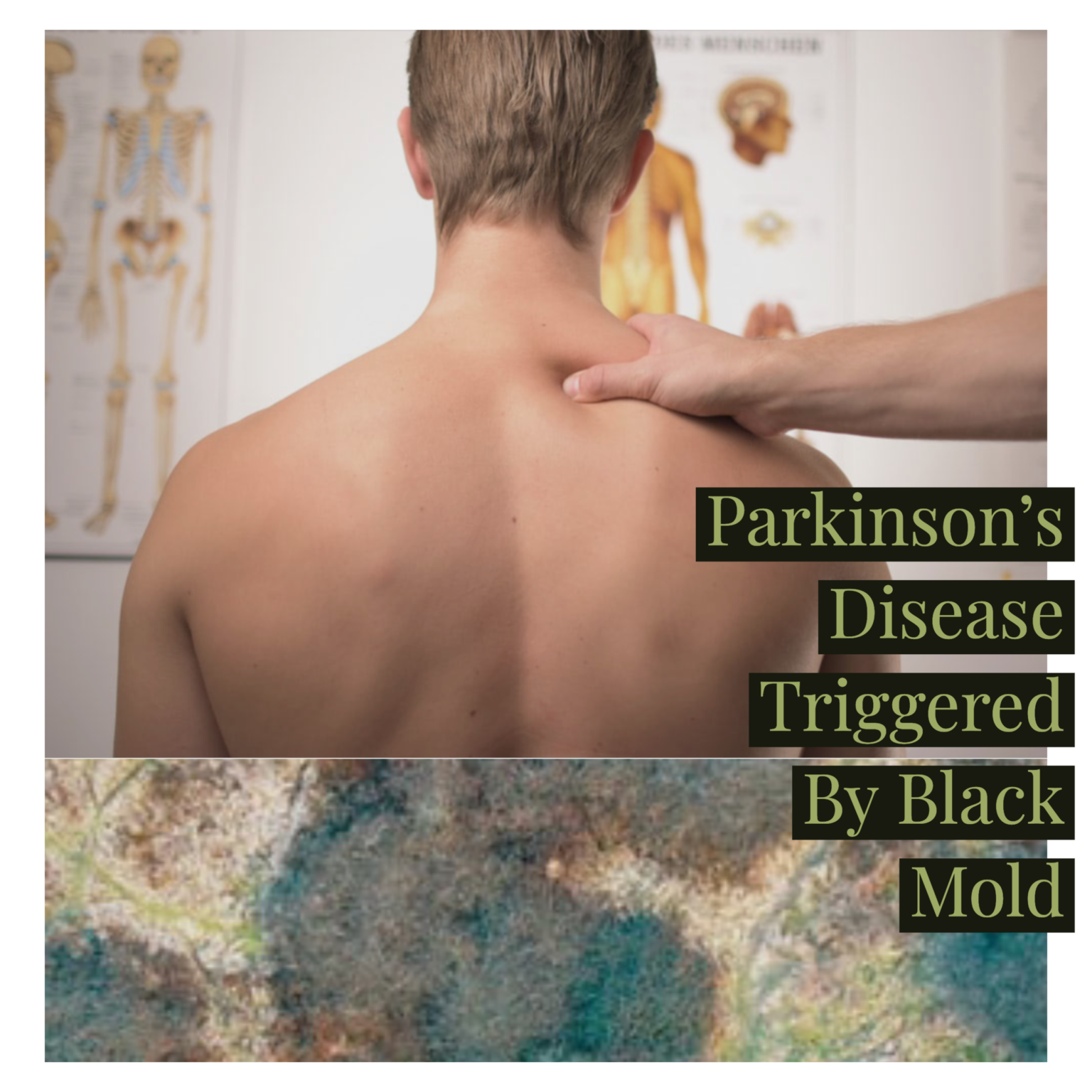 Parkinsons disease is the second most common neurodegenerative disorder after Alzheimer’s disease. While there is no clear cause for most people, experts believe they have pinpointed certain factors that may increase risk.

There is emerging evidence linking Parkinson’s and environmental factors. Exposure to mold is most commonly associated with allergies and asthma. However, it is now thought to be associated with many complex health problems, since black mold species such as Aspergillus, Fusarium and Stachybotrys. These black molds produce mycotoxins that are toxic to central parts of the body, including the brain.

Parkinson’s disease symptoms are different for different people. Some are hard for even doctors to detect. Others are obvious even to an untrained eye.

Parkinson’s disease can impact how you feel and think:

Parkinson’s can cause other difficulties, as well:

When the environmental conditions are right and toxic black molds begin to grow, they produce by-products that are released from the growth area, they include MVOCs, Spores, and Mycotoxins. Many mycotoxins are neurotoxins causing lesions in the brain in the grey matter and the white matter. This directly affects the neurons function which can create neurological disorders like Parkinson’s. Parkinson’s disease occurs when the nerve cells in the brain that make dopamine are slowly destroyed. Without dopamine, the nerve cells in that part of the brain cannot properly send messages.

Published research from Rutgers and Emory universities indicated that 1-octen-3-ol (mushroom alcohol),  one of the MVOCs produced by toxic molds in water damaged buildings, could trigger Parkinson’s disease. The compound was shown to cause changes in fruit flies’ brains similar to those of patients with Parkinson disease. These findings suggest that 1-octen-3-ol may represent a naturally occurring environmental agent involved in the development of Parkinson disease. The mold compound also caused reduced dopamine levels and dopamine neuron degeneration.

In a recent report by the Environmental Health Center-Dallas, 100 members were analyzed with an end goal to reveal how dangerous mold exposure can influence the mind and lead to psychological and emotional disorders. After the mold exposure, sensory system difficulties were seen in all of the patients. Brain imaging examines distinguished anomalies in a critical segment of the patients. Neuron function was observed to drop significant resulting in neurological damage.

Mold can be lethal. The risks of mold exposure can lead to adverse health effects. If you suspect your home is contaminated, you will need to find a professional to test the extent of the damage. Since this living organism grows over time, a top to bottom inspection is absolutely necessary.

The information contained on this site is for informational and educational purposes only. It does not represent a health diagnosis, therapeutic recommendation or prescription for treatment. We urge you to consult and obtain medical advice from a licensed, trained, and competent medical provider for concerns with health issues.