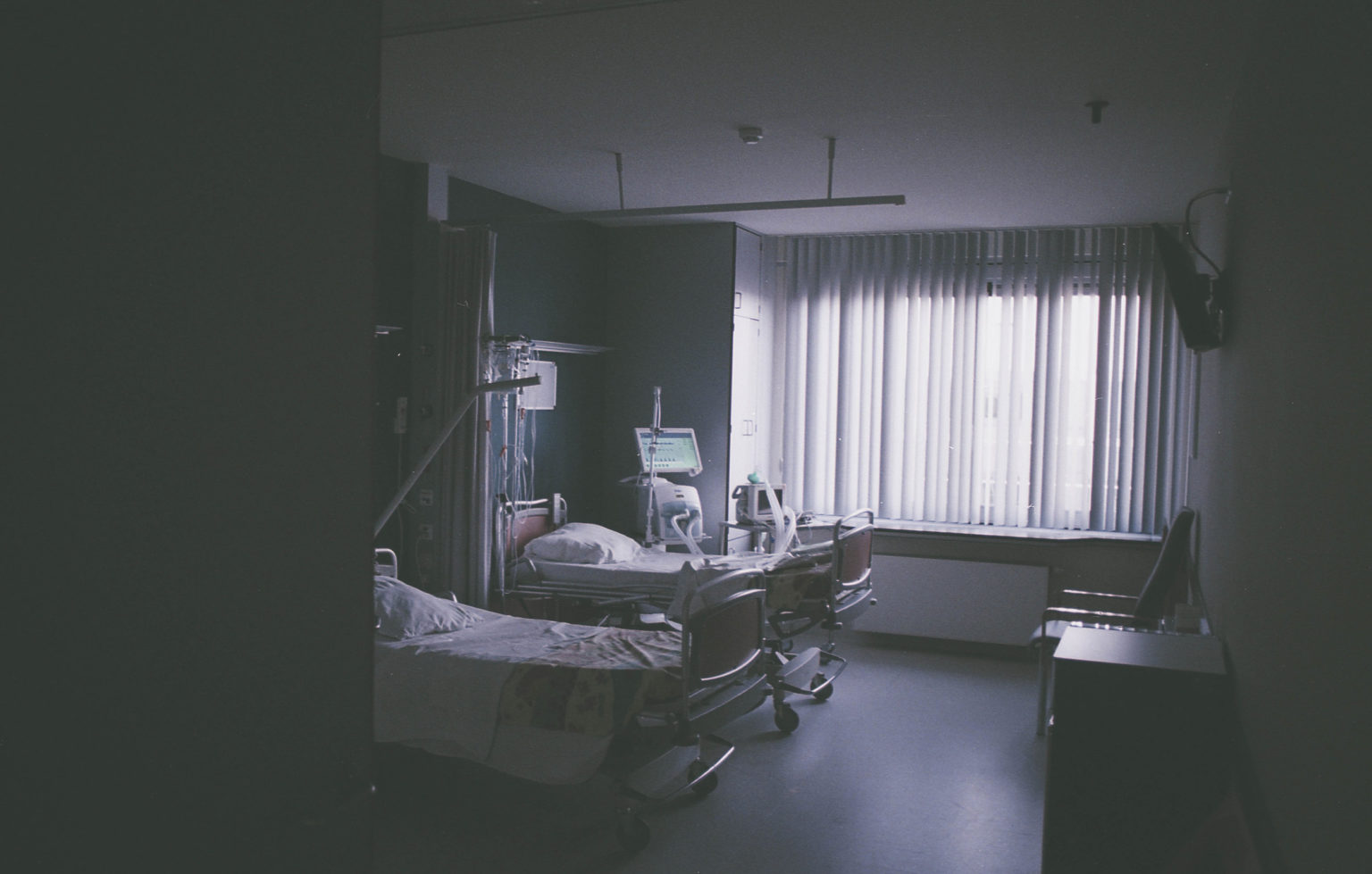 WHAT THE CDC ISN’T TELLING US, AND WHAT YOU CAN DO ABOUT IT.

In 1997, a surge of news reports were flooding the headlines regarding several rare deaths caused by mold illness. The CDC and the EPA both responded by shutting down the supposed conspiracy theories surrounding the suspicious causes of deaths. Years later, a flurry of reports came in regarding a similar string of deaths again citing mold toxicity. Yet these headlines are not getting the attention they should be.

It began in Cleveland, Ohio at Rainbow Babies and Children’s Hospital. Dr. Dorr Dearborn noticed a pattern between infant patients and started piecing together what was causing their symptoms. At first glance, it seemed each patient’s lungs were bleeding for no apparent reason. Bleeding lungs afflict one in four million children, however, Cleveland was seeing one in every thousand babies affected.

That made the incidence rate in Cleveland the highest in the world. Seeing so many cases in one city, all clustered within a six-mile radius of Rainbow Hospital, convinced Dearborn that he had an epidemic on his hands.

“I knew the disease should only affect one in four million,” Dearborn says. “So I called the CDC.”

Ruth Etzel, the CDC’s former chief of air pollution and respiratory health, was on a flight to Cleveland the next day. Dearborn saw two more cases in December, which brought the total number of impacted babies to ten. Records showed that some of the infants had improved in the hospital and been sent home, only to return after suffering subsequent bleeding episodes. This led the researchers to suspect an environmental problem in the home.

When the CDC revealed the supposed link of pulmonary hemosiderosis to black mold in the Morbidity and Mortality Weekly Report in January 1997, a virtual media panic descended on the city. The conducted study had found an association between the ‘black mold ‘Stachybotrys chartarum, also known as Stachybotrys atra, and the infant bleeding-lung disease. Dearborn would need to prove the mold caused the illness in laboratory research or show evidence of mold spores or toxins in the sick babies.

Etzel was researching mycotoxins, and turned up evidence that Stachybotrys had caused hemorrhaging in farm animals in Europe. She returned to Cleveland with a mycologist who found Stachybotrys in five case homes. The excessive rainfall in the summer of 1994 and recurrent plumbing problems contributed to the water damage sustained by some of the case homes, creating a favorable environment for Stachybotrys growth.

Investigators discovered that all the  infants lived in homes older than sixty years, all of which had recent water damage. They found the case infants were more likely to live in homes with larger quantities of Stachybotrys chartarum and other molds than were the control infants.

Driven by concern for the public health and leaks to the press, Dearborn and Etzel went public with their findings in early 1995.

A number of other mold scares had been reported around the country. The Tottenville Branch Library on Staten Island, which had a particularly damp basement, was shut after a staff member had trouble breathing, and Stachybotrys was reportedly found. Panic began to spread and insurance companies joined in the pandemonium.

Fear of lawsuits caused schools, libraries, and other buildings across the country to be closed and cleaned, at great expense, when even small traces of Stachybotrys were found. The mold was responsible for closing a branch of the New York City Library in 1997 and chasing the American Red Cross out of its headquarters in Minneapolis earlier this month. A case in Texas made national headlines when a woman was awarded $32 million after she sued her insurance company because it didn’t cover mold damage claims.Thousands of people were filing suits over toxic mold.

In 1997, the Centers for Disease Control (CDC) found an apparent link between mold contamination in the homes and cases of infant pulmonary hemorrhage.

Stachybotrys chartarum appears slimy and black, possibly with white edges. It looks like any black mold that grows in wet places.Stachybotrys requires water-soaked cellulose material and can produce toxins, called trichothecenes, which are highly dangerous to humans and have been used to produce chemical and biological weapons.

Once inhaled, the toxins are thought to attack the immune system. Studies have shown that adults who have had chronic exposure to Stachybotrys have reported a variety of ailments, including flu symptoms, dermatitis, and fatigue. The effect on infants, as suggested by the Cleveland study, seems much more severe, because their lungs are still developing. The Stachybotrys toxins may disrupt the development of the capillary walls, enabling any kind of stress factor, such as a simple cough, to cause the capillaries to rupture and the lungs to bleed.

One question, in particular, which researchers could not answer with any degree of certainty, has also become a chief criticism: Stachybotrys is common in water-damaged buildings throughout the country, so why has this cluster of rare, unexplained lung bleeding occurred only in Cleveland? The answer is, it wasn’t and it’s still ongoing.

One of the most troubling aspects of the controversy is the reluctance of the CDC to reveal any information about its review of the Cleveland study or its position on whether it still believes that unexplained pulmonary hemosiderosis is linked to the black mold. The CDC did not set up interviews with any of its staff experts, despite repeated calls to the agency’s press office over a two-week period and discussions with three different spokespeople. Calls to CDC epidemiologist, who was reportedly on the review committee, were not returned.

In 2002, the U.S. International Trade Commission reported that according to one estimate, US insurers paid over $3 billion in mold-related lawsuits, more than double the previous year’s total.  According to the Insurance Information Institute, in 2003 there were over 10,000 mold-related lawsuits pending in US state courts. Most were filed in states with high humidity, but suits were on the rise in other states as well. By 2004, many mold litigation settlements were for amounts well past $100,000. In 2005, the U.S. International Trade Commission reported that toxic mold showed signs of being the “new asbestos” in terms of claims paid. However, in 2007 laws began to change.

Farmers Insurance, for instance, has said that it will stop selling new homeowner’s policies that include water-damage coverage. In addition, it has asked the Department of Insurance to allow the company to exclude mold damage from its policies entirely, even mold that results from a covered event.

23 years later, deaths and cover-ups are still ongoing. Mysteries seem to stir around the investigations started, the findings and conclusions of the mold epidemic.

Respiratory disorders are the most common of all mold illnesses. That’s because tiny mold spores easily become airborne and then can be inhaled by anyone in the vicinity. Some of the lung problems caused by mold, other than pulmonary hemorrhage, include:

Other health problems sometimes caused by exposure to household mold include:

A flood of reports trickle through media and then fall in between cracks just like the initial 1997 reports from Dr. Dearborn. Cases of severe lung infections, damages, personal injury, pulmonary hemorrhages, and even death have been ongoing.

In 2003, a physician whose name remains anonymous released her case that connected mold and pulmonary hemorrhage.

In 2001, a jury awarded a couple and their eight-year-old son $2.7 million, plus attorney’s fees and costs, in a toxic mold-related personal injury lawsuit against the owners and managers of their apartment in Sacramento, California.

In 2003, The Tonight Show co-host Ed McMahon received $7.2 million from insurers and others to settle his lawsuit alleging that toxic mold in his Beverly Hills home made him and his wife ill and killed their dog. That same year environmental activist Erin Brockovich received settlements of $430,000 from two parties and an undisclosed amount from a third party to settle her lawsuit alleging toxic mold in her Agoura Hills, California, home.

In 2004, the Institute of Medicine released a report finding evidence of a link between certain species of mold exposure and severe respiratory illnesses. A later review of research conducted by the World Health Organization reached the same conclusion, and called attention to findings that mold exposure appears to lead to an increase in the chances of children developing and dying from asthma.

In 2006, a Manhattan Beach, California family received a $22.6 million settlement in a toxic mold case. The family had asserted that that moldy lumber had caused severe medical problems in their child. That same year, Hilton Hotels received $25 million in settlement of its lawsuit over mold growth in the Hilton Hawaiian Village’s Kalia Tower.

In 2010, a jury awarded $1.2 million in damages in a lawsuit against a landlord for neglecting to repair a mold-infested house in Laguna Beach, California. The lawsuit asserted that a child in the home suffered from severe respiratory problems for several years as a result of the mold.

In 2011, in North Pocono, Pennsylvania, a jury awarded two homeowners $4.3 million in a toxic mold verdict.

Between October 2014 and January 2017, five mold-infection-related deaths occurred at two UPMC hospitals. Several related lawsuits have been filed against the hospital system, which settled with two of the patients for $1.35 million each.

In 2019, Months after a mold infection killed a pediatric patient at Seattle Children’s Hospital, its CEO has revealed that fourteen patients have become ill from the same infection since 2001. The hospital shuttered eleven operating rooms twice, first in May and again this month, after it detected the common mold Aspergillus in the air. As of February 2020, seven of the fourteen patients have passed away.

Mold exposure represents a major public health issue worldwide. Yet, the CDC still states that mold is not serious and should not be tested.

According to the World Health Organization, 7 million deaths per year are linked to indoor and outdoor air pollution. For years, people complaining about the effects of living or working in damp, mold-filled environments has not been taken seriously. Nothing is scarier than knowing something is making you and your family sick, and not being able to figure out what it is. The anxiety caused by an unseen danger like toxic mold can feel overwhelming.

There is currently no standard for indoor air quality, meaning, there’s no safe and unsafe levels of mold. Both the EPA and the CDC advise against testing seemingly because they are unwilling to set a baseline of limitations for indoor mold that can affect insurance companies bottom lines. It’s time for both of these organizations to change this.

The CDC needs to reopen it’s investigation and reconsider this as a serious public health concern. To put an end to these preventable deaths the following link is a petition to for the Centers for Disease Control and Prevention to finally set a federal standard for indoor molds in medical facilities.

Please sign this petition if you want to have indoor air quality standards.

U.S. Army Medical Research and Development Command, with the College of Veterinary Medicine, University of Illinois. Toxicologic and Analytical Studies with T-2 and Related Trichothecene Mycotoxins (3-year study on the inhalation effects of mycotoxins). August 20, 1985, Contract No. DAMD17-82-C-2179.