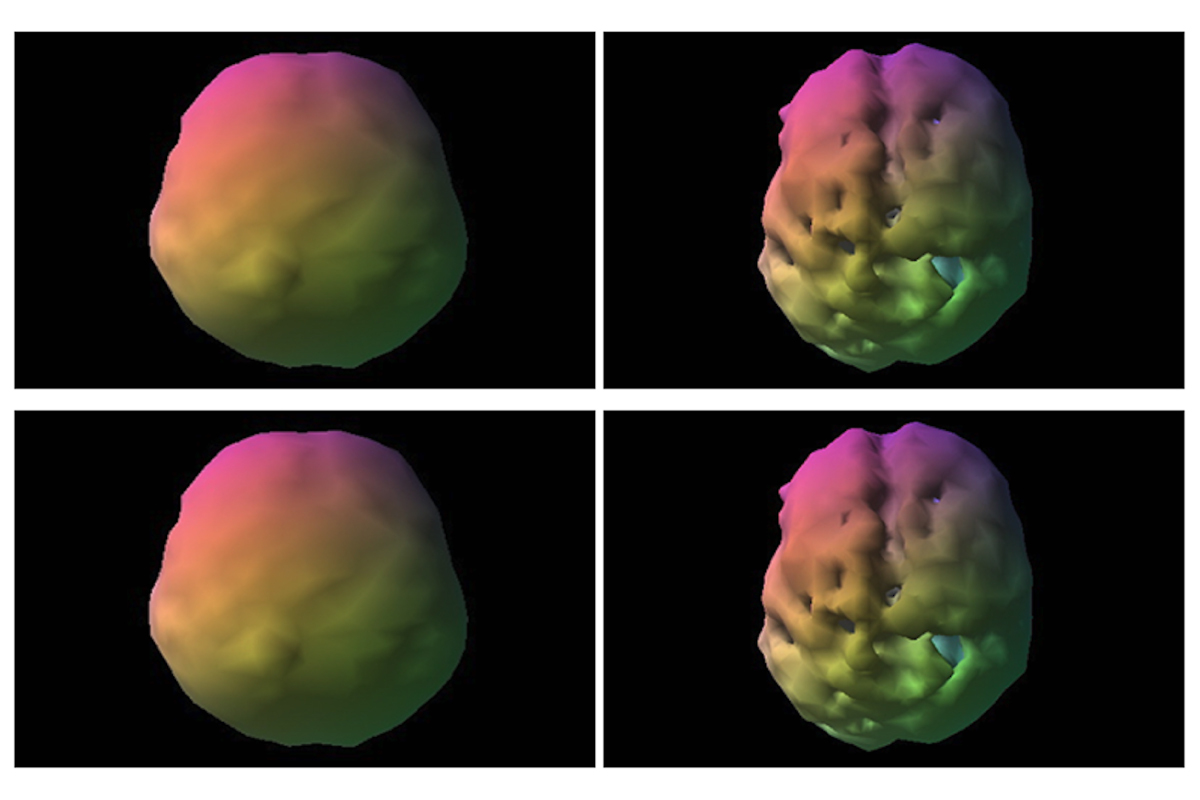 “The mold fungus Penicillium crustosum occurs relatively frequently in food and animal fodder stored in temperate conditions. This mold produces powerful neurotoxins, for example, penitrem A, which causes symptoms that are difficult to distinguish from those of other neurological diseases. Penitrem A is capable of penetrating the blood-brain barrier and new research has unveiled the mechanisms behind the neurological effects of the toxin.” Science Daily

There is no single test for detecting mold illnesses in humans. Urine, blood, and even psychology tests have all been used in diagnosing an array of mold-related illnesses. Certain testing can illustrate just how severely mold mycotoxins impact the brain’s function, chemical balance, and ability to process information.

NeuroQuant analyzes high-resolution images from an MRI scan of the brain to quantify the volume of the hippocampus, temporal horn, and other structures of the brain. Above you can see the difference between a ‘mold-free brain’ vs. a ‘moldy brain.’ The lack of blood flow can explain a variety of symptoms that many with mold toxicity experiences such as depression, anxiety, panic, brain fog, insomnia, fatigue, poor concentration and memory, and bipolar disorder. The hippocampus is responsible for memory and spatial navigation.

Mold messes with hormones and hormone receptors.  This region of the brain can contribute to executive cognitive dysfunction – that is impairment of recent memory, concentration, word-finding difficulties, assimilation of new knowledge and even confusion and disorientation in familiar places.  Shrinkage of the caudate may lead to movement problems, such as tremors. In addition disruption of all these regions of the brain can contribute to anxiety, anger, and depression, which are common symptoms in biotoxin illness.

Detecting mold as the main culprit of anyone’s symptoms is not a simple formula. Also, depending on the symptoms, a patient suffering from mold could have psychological or physical effects that can be misdiagnosed or missed.

The information contained in this report is for informational and educational purposes only. It does not represent a health diagnosis, therapeutic recommendation or prescription for treatment. We urge you to consult and obtain medical advice from a licensed, trained, and competent medical provider for concerns with health issues.